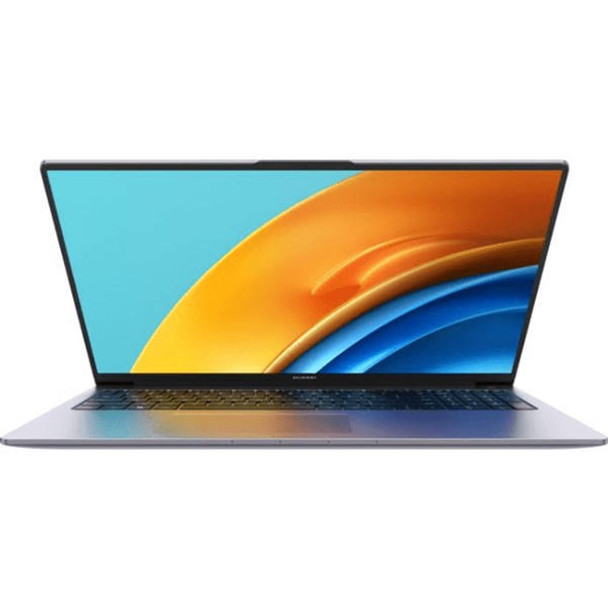 The Huawei MateBook D 16 Laptop comes with a powerful 12th gen Intel® Core™ i5 processor. So you’re able to plough through demanding tasks with ease. Paired with the integrated Intel® Iris® Xe graphics, this laptop is ready for photo editing or high-resolution streaming.

Weighing almost 1.7 kg, you’ll barely notice the MateBook D 16 in your bag. It’s also super thin, at just 18 mm, so you can carry it easily between meetings or lectures. Plus, it has USB-C charging, so you can use the same charger as your phone.

Connecting your smartphone to your laptop has never been easier. With just a couple of taps, you’ll get your phone screen on your MateBook D 16’s display. Then you can drag and drop files between them, edit photos on your phone or even message your friends using the keyboard.